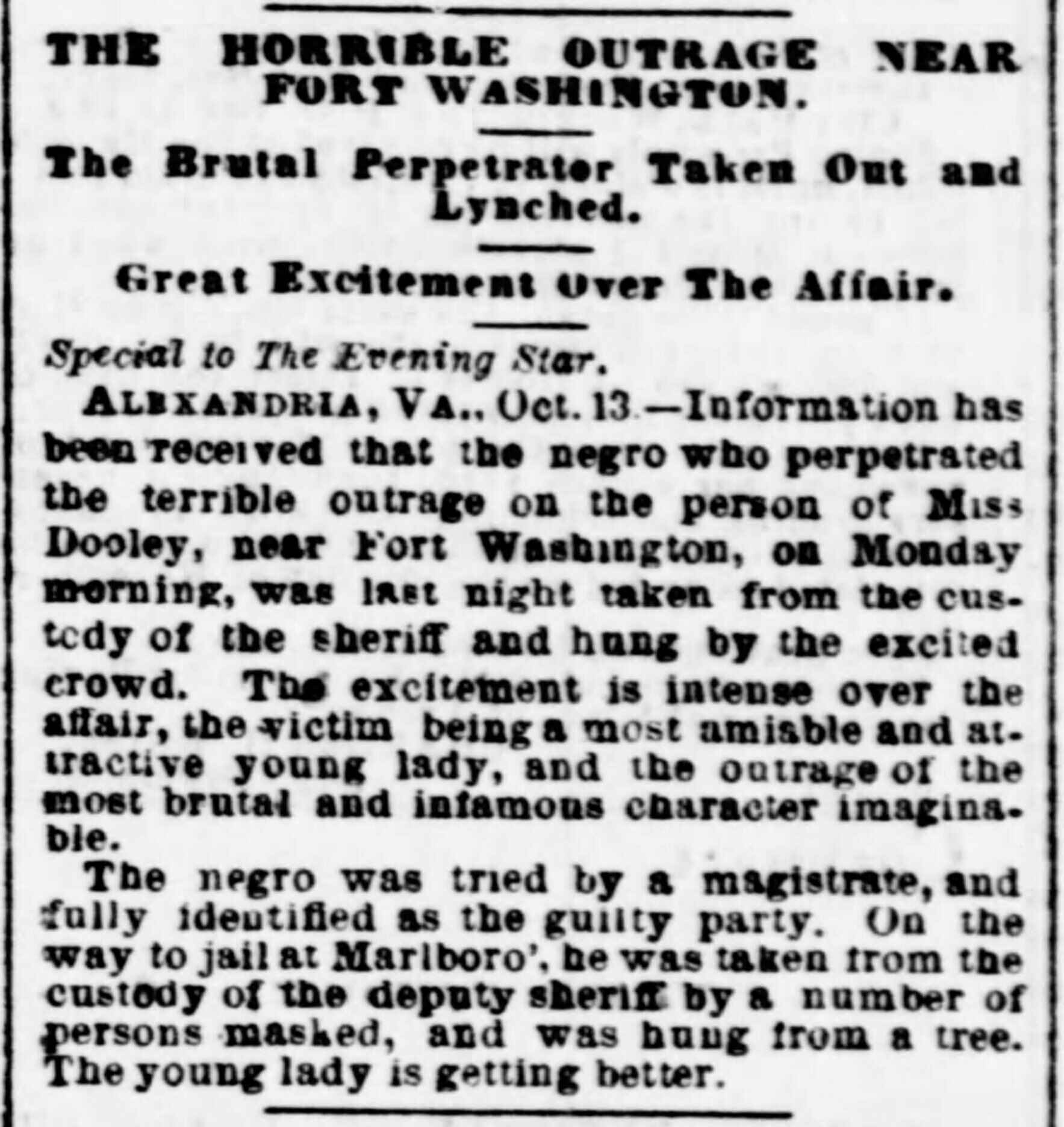 Between 1865 and 1950, more than 6,000 African Americans were known to have been lynched in the United States. These lynchings were acts of racial terrorism designed to intimidate and to reinforce racial segregation and white supremacy. In the State of Maryland, at least 40 documented lynchings took place between 1854 and 1933, with at least four known to have taken place in Prince George's County:

We are working in partnership with the Equal Justice Initiative to hold future Community Remembrance Projects and community conversations to be planned to name the history and raise awareness of the legacy of racial terror lynching in Prince George's County: .

The PGC LMP also holds webinars and a variety of education events to help County residents understand and interpret this difficult history and its continuing impact in our lives.

“We cannot heal the deep wounds inflicted during the era of racial terrorism until we tell the truth about it.”